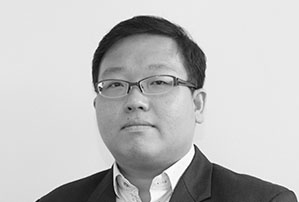 Prior to joining Crossbridge Capital, Joel was Vice-President, Head of Compliance with a regional pan-Asia Asset Management Company where he was responsible for selected back-office operations of the asset management company in addition to his enterprise and regulatory Compliance responsibilities.

In 2014, Joel was the Compliance Officer of Universal Terminal Trust, the company was primarily looking to list its oil storage terminal asset in Singapore. He was responsible for Universal’s compliance to pre-listing obligations with the regulators.

From 2011, Joel worked with United Overseas Bank where he worked on various Client Management roles. In 2013, he served as a Credit Analyst with Micron Technologies where he reviewed and managed credit lines and assisted in credit recovery in addition to assisting with corporate treasury compliance.
Joel received his Bachelor of Business in Economics & Finance from the Royal Melbourne Institute of Technology University in 2010 and his post-graduate Master of Arts in Contemporary China from Nanyang Technological University in 2014.